The Space Between the Notes - XXVII

“When I was studying composition with the famed music teacher Nadia Boulanger, one of the many lessons she imparted upon me was that, 'an artist can never be more or less than they are as a human being'.” – Quincy Jones

The unwavering optimist in me pressed the “enter” button and off it went, an email to Swiss writer and playwright Lukas Bärfuss. A naïve part of me was confident he would respond within days. Experience wagged its finger at me and whispered, “Have no illusions – fan mail is just that: fan mail. You won’t be taken seriously.” I sighed and stood up from my desk, picked up my violin and began to practice.

Six hours later I returned to my laptop and there it was. A lengthy response from someone I admire. A friendship was born. 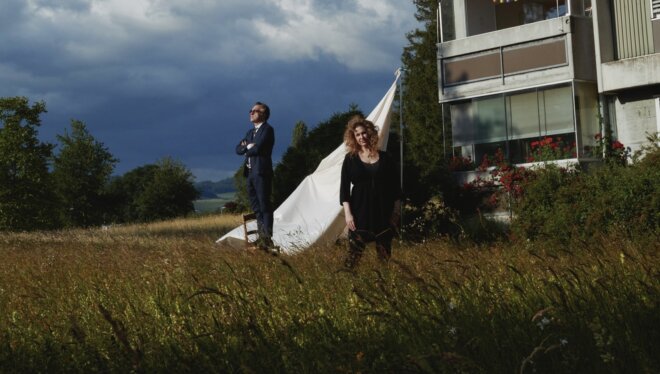 Since 2018, Lukas has sat at my kitchen table in Bern and I at his in Zurich, week after week. We discuss the thoughts that chase one another in our heads – from politics to literature, education to science and the barrage of opinions and emotions that link all things.

In 2021, we decided to harness all that energy, all those why’s and the gamut of ideas we volley between us, into a production titled, “The Journey”. “The Journey” explores stories and fragments of music from Macedonia to Bulgaria, Greece to Turkey, Hungary to Bosnia and Herzegovina, tracing a route that reaches to parts of Eastern and Central Europe. The Ukraine was always going to be the point of departure for this voyage and on 24 February 2022, our production took on new meaning, a sense of urgency.

As we carefully put together the pieces of this mosaic-like tale, we foster a message of peace that was not as clearly visible when we set out to create this work. “The Journey” will premiere in October 2023 in the German-speaking part of Switzerland. I look forward to telling you more about it as the months roll by.

Gwendolyn Masin performs as soloist as well as with Wolfgang Zwiauer in explorations between baroque and contemporary, groove and minimalism. The programme includes works by Bach, Biber and Satie. In addition, the concert violinist celebrates ten years on stage with Oli Kehrli (vocal, gtr). Together with Lukas Iselin (pn, acc) they perform a selection of chansons they have created together during this time.

The concert is free of charge.

Both concerts are broadcast live on NTR. 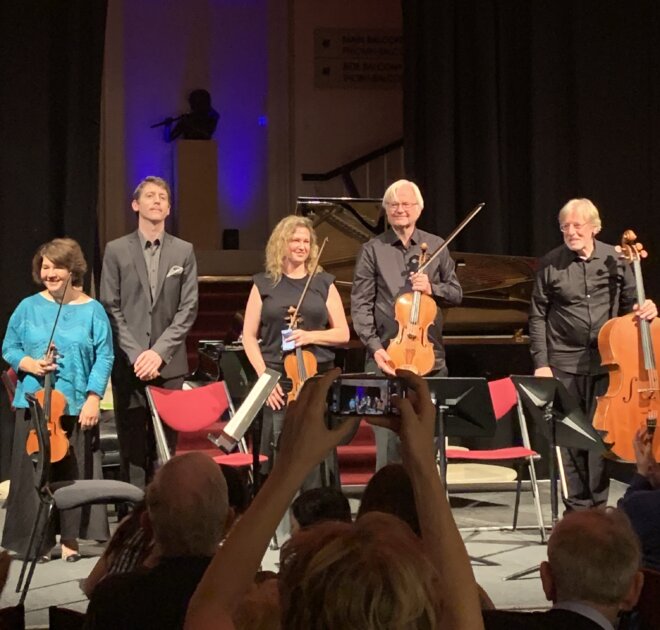 The fourth National Concert Hall International Master Course took place in person after two consecutive years online. During the first week of August, 24 participants were given individual masterclasses and chamber music tuition by violinist Mihaela Martin, violist Lars Anders Tomter, cellist Frans Helmerson, and my co-artistic director Finghin Collins and I. The halls and corridors of the designated home of music in Ireland were filled with excitement and laughter as musicians from Ireland and abroad rehearsed and performed concerts throughout the week.

Finghin Collins and I would like to thank all our supporters and donors who kindly supported this intensive summer school. We also thank Ivano Conti for two bows — for violin and viola — that were awarded during the course of the week.

Photos kindly provided by the National Concert Hall as well as private persons. 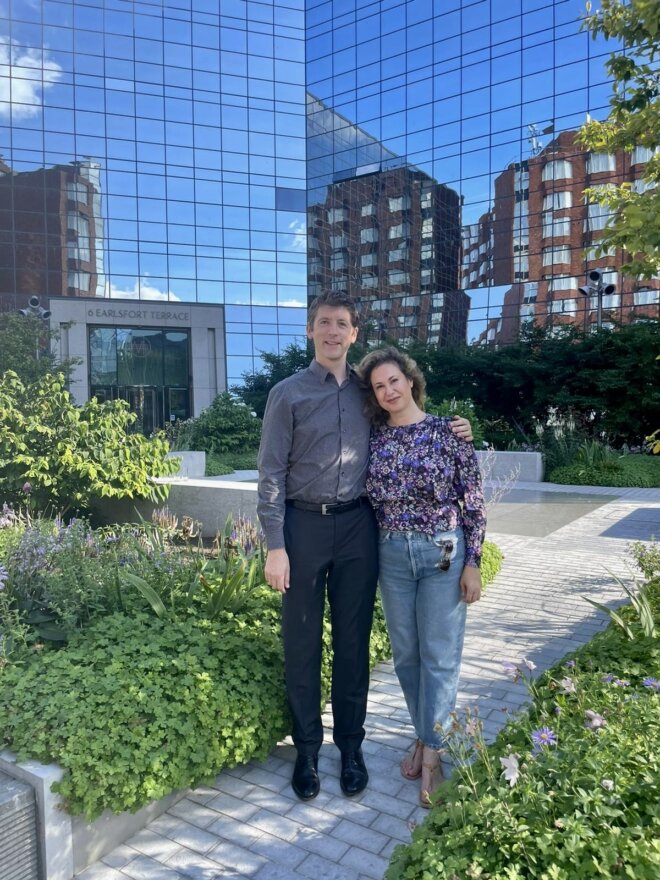 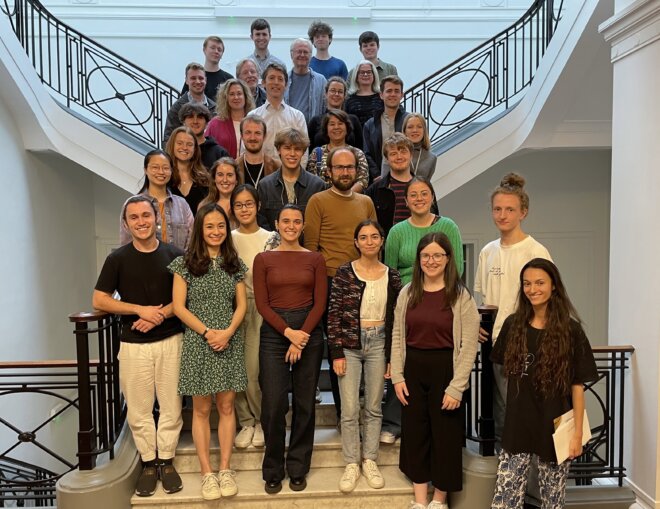 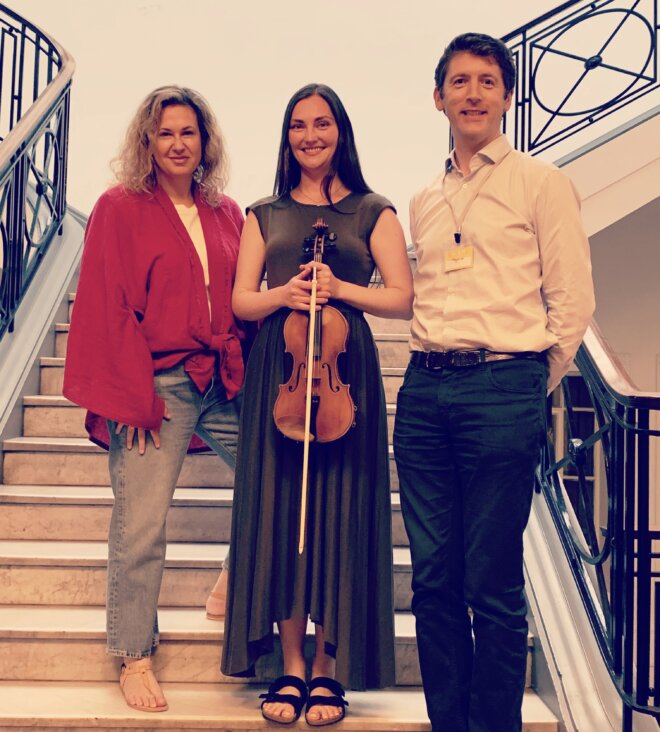 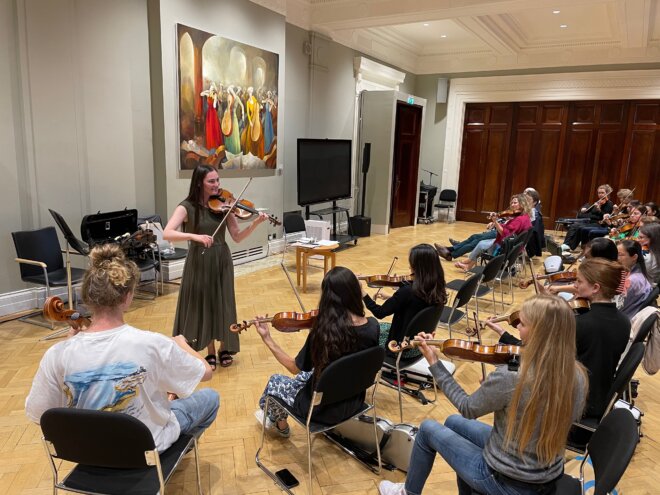 Irish fiddle player Zoë Conway during a workshop with participants of the NCH IMC 2022 in the Kevin Barry Room, National Concert Hall, Dublin. 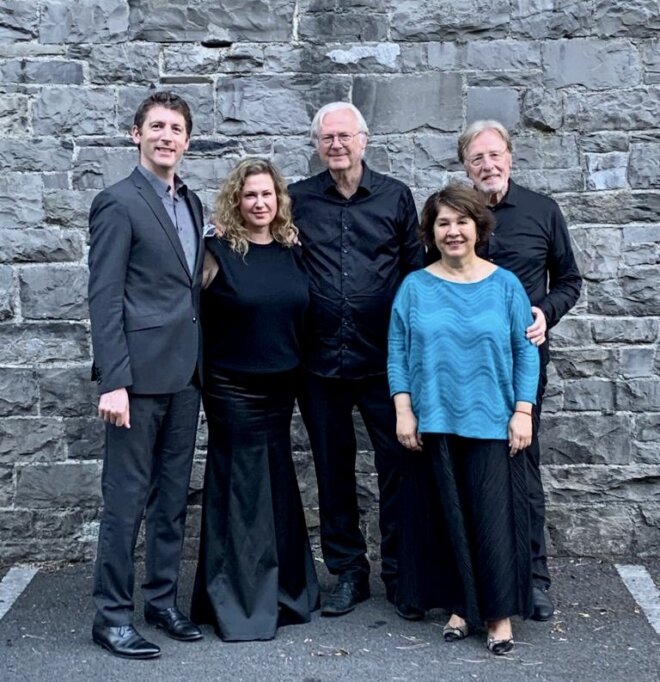 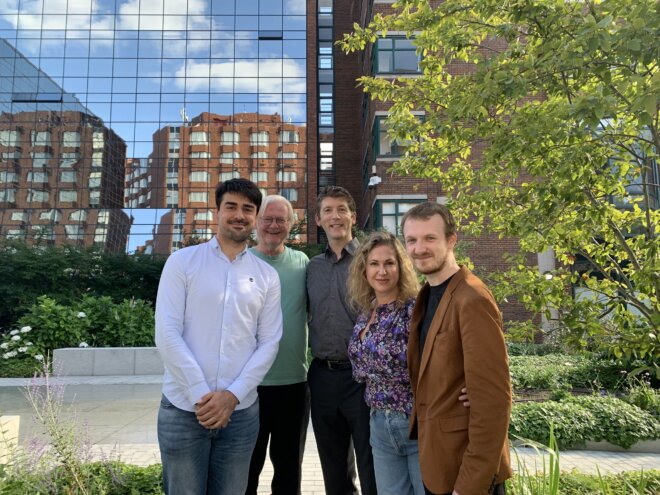 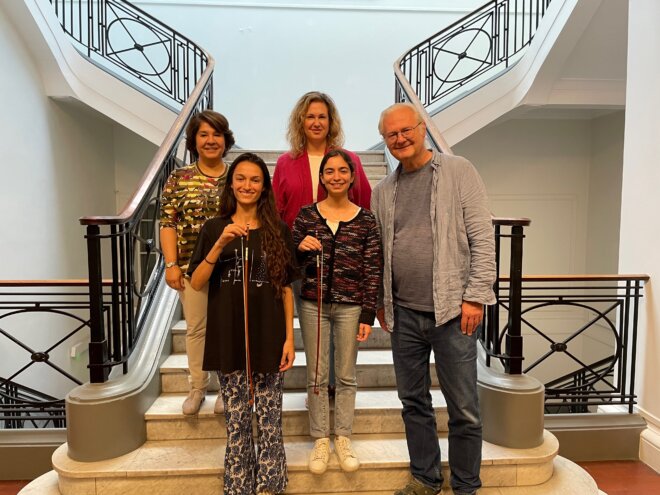 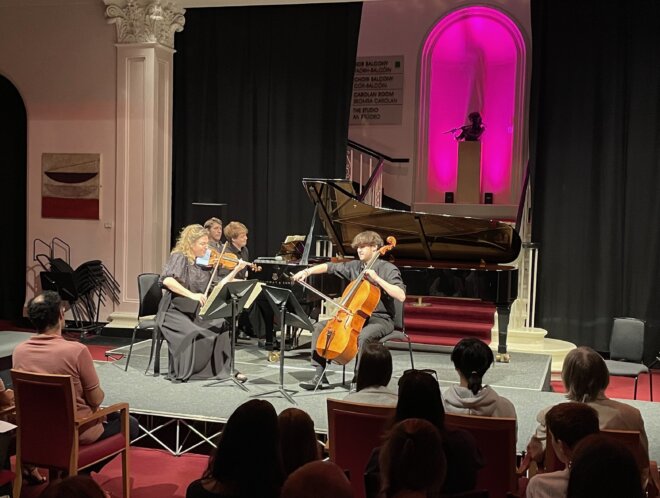 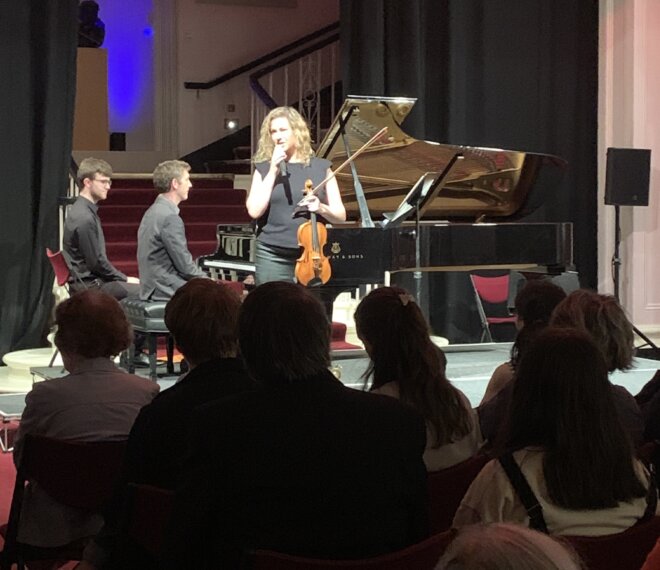 Welcoming the audience to the opening concert.

Love Irish music? Then be sure to catch Irish fiddler Martin Hayes in performance with Orchester Divertimento Bern, conducted by Clíodhna Ní Aodáin.