With concerts in January in Ireland, Switzerland and the Netherlands, I am looking forward to sounding in the new year. ORIGIN was released in Spring 2016. It was a featured album on The Blue of the Night, one of Ireland's most beloved national radio shows, and it continues to meet the world in new ways. A limited-edition vinyl was released just last month.

On January 6, a deluxe, digital version of ORIGIN was released. It is available at Naxos, and digitally on most platforms.

I hope to see you at a performance and wish you a happy, peaceful New Year! 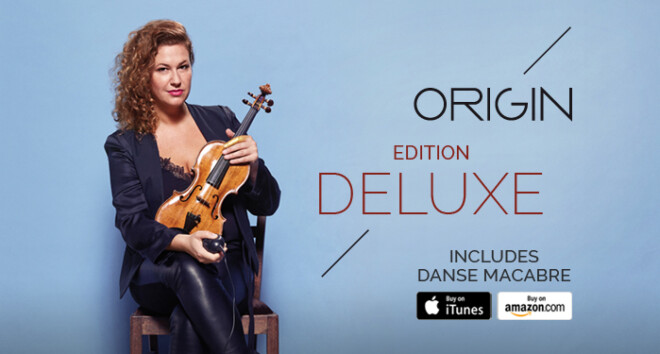 On 6 January 2017, ORIGIN, was re-released. There is a bonus piece on this edition: Camille Saint-Saëns’ “Danse Macabre”. The arrangement of it, like the rest of the compositions and improvisations on the album, is a world premiere of the work.